Place for customers of Black Arrow Software LTD. to put up Factual Information as to their own personal dealings with those SCAMMERS... 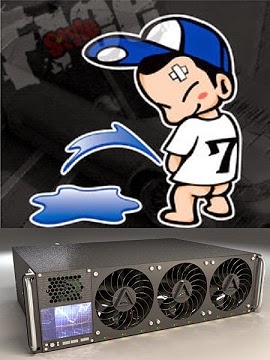 Thank you to whomever posted some of this information before. I have merged yours with what I found as well. Findings shown below:

UK Action Fraud because their banking is in the UK
http://www.actionfraud.police.uk/

US FBI Internet Crime Complaint Center for US residents to document losses
http://www.fbi.gov/r...reats-and-crime
Note: Please file your reports with ALL applicable agencies.

Description of the Fraud:
Some customers who chose to sign a contract stated they received “mined” digital coins for 1 week, and then nothing after that. Essentially, Black Arrow is again illegally keeping the profit for themselves, because customers were paying the hosting fees. Those customers who chose shipment after the intentional >1 year delay have reported the equipment: had been illegally used, showed signs of scratches all over, significant wear and tear on the internal hardware, had rust on the exterior, was significantly less capable than advertised, and/or completely inoperable. The intent of Black Arrow Limited and Destino Limited was to illegally secure 0% financing to mine BTC for themselves, ship used worthless and/or damaged equipment to customers once they were done, and give the false impression that all funds were spent or lost in fraud, while significant funds are still present in various bank accounts and digital wallets.

Recommended Actions:
Customers are advised to copy the above for their records, avoid any transactions with these criminals (same owners/managers of BByte Limited), organize all paper and electronic documentation, report their experiences to authorities to penalize these criminals, recover their funds, recover profit from illegally mined BTC, and stop this fraud. Interpol gets automatically involved after complaints are reported locally. Customers should report criminals, knowing that an increasing number of countries now cooperatively enforce laws such that regardless of where the fraud occurred, criminals are extradited and imprisoned without trial until all funds are returned. 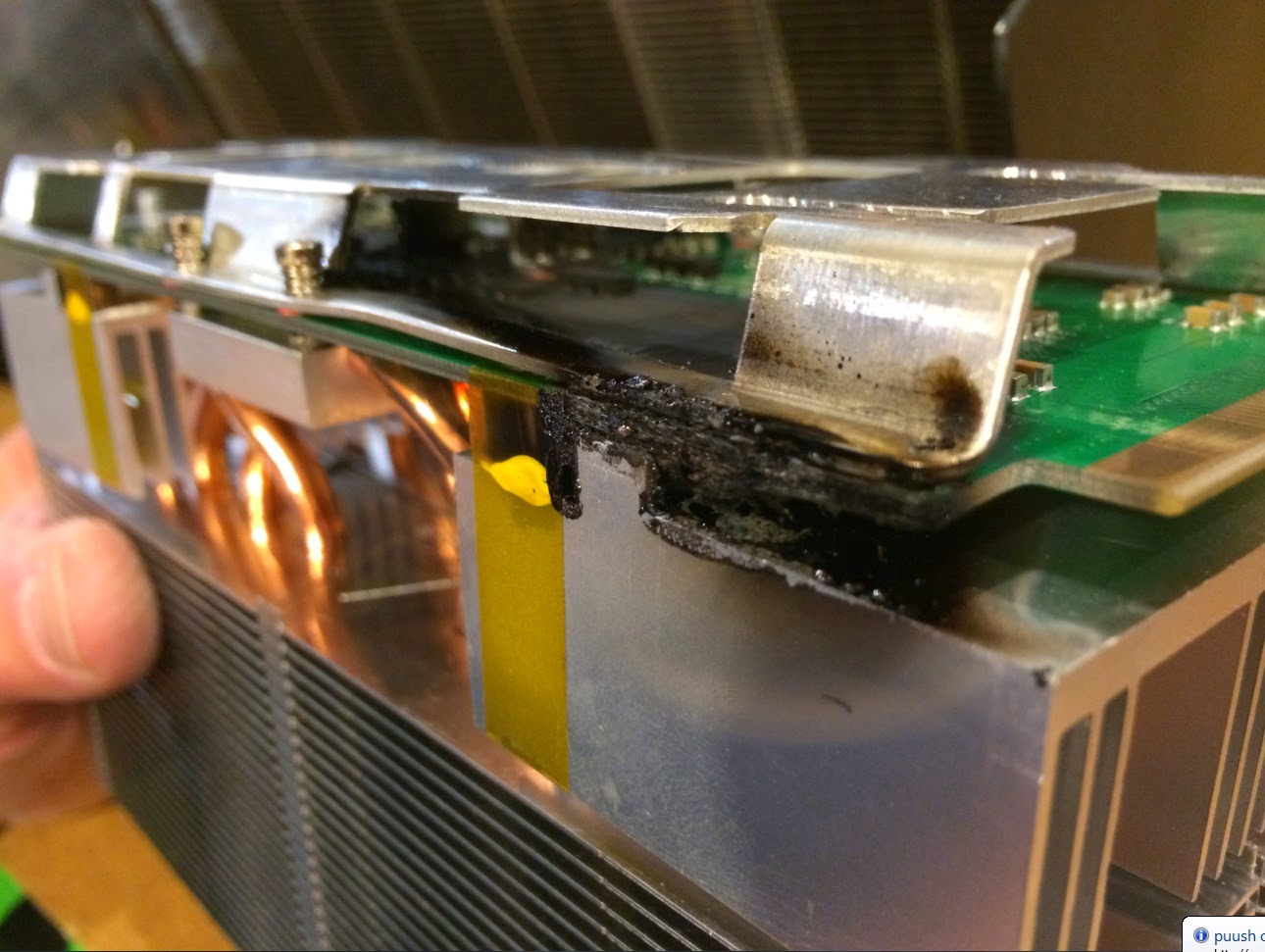 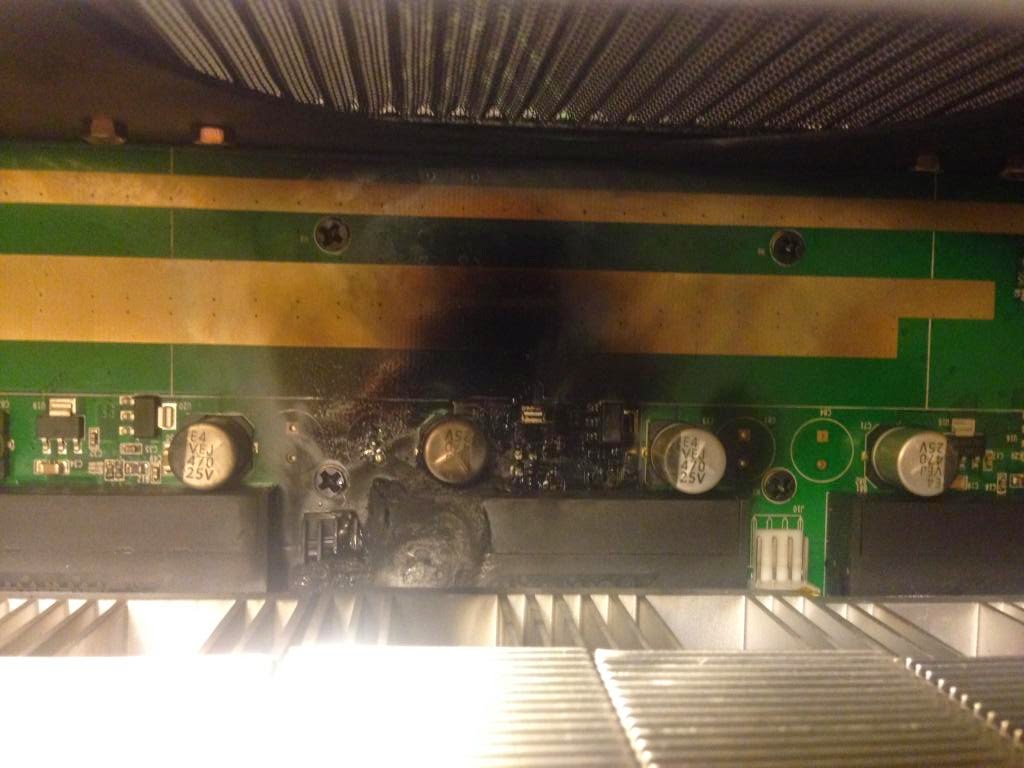 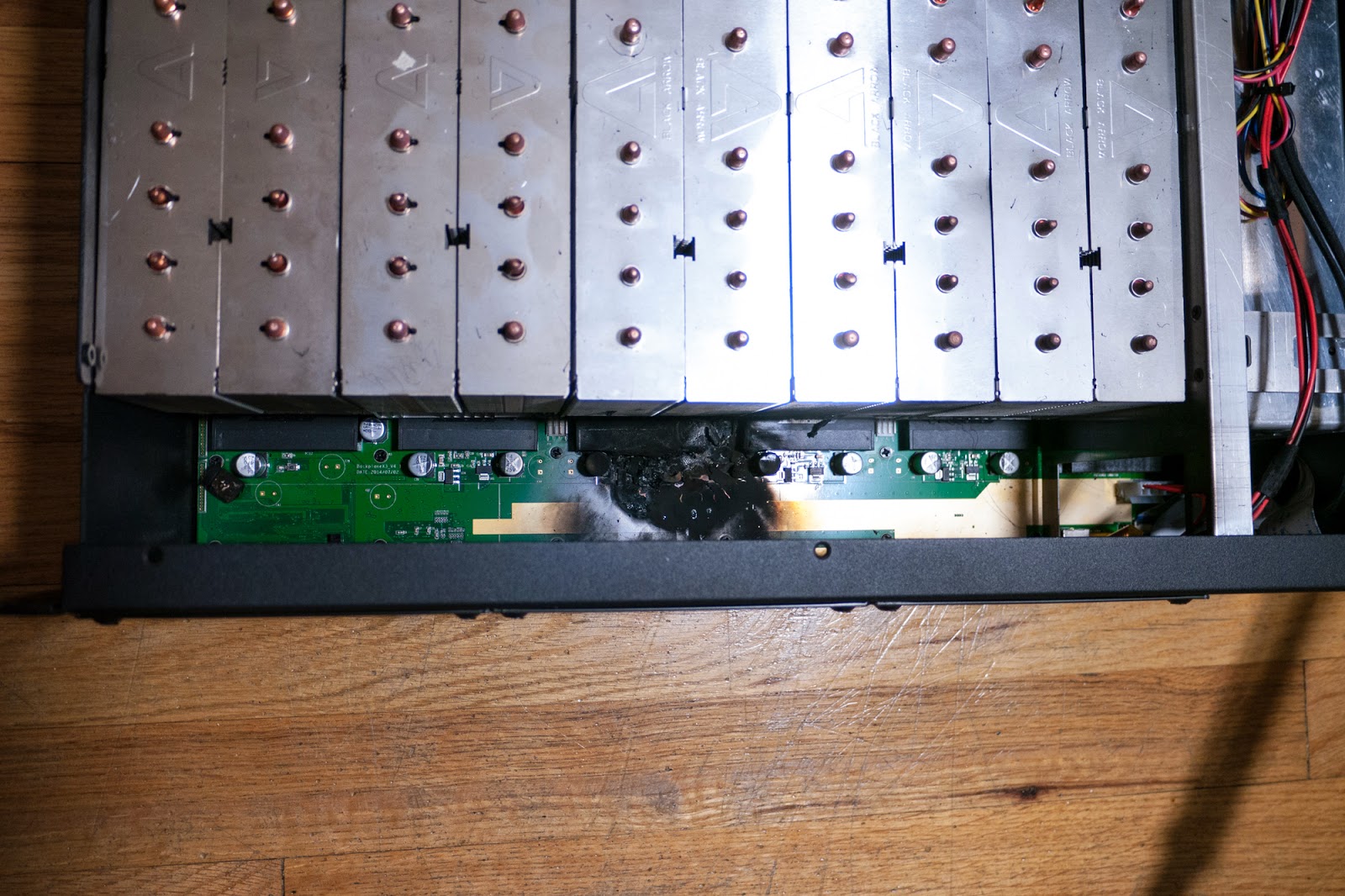 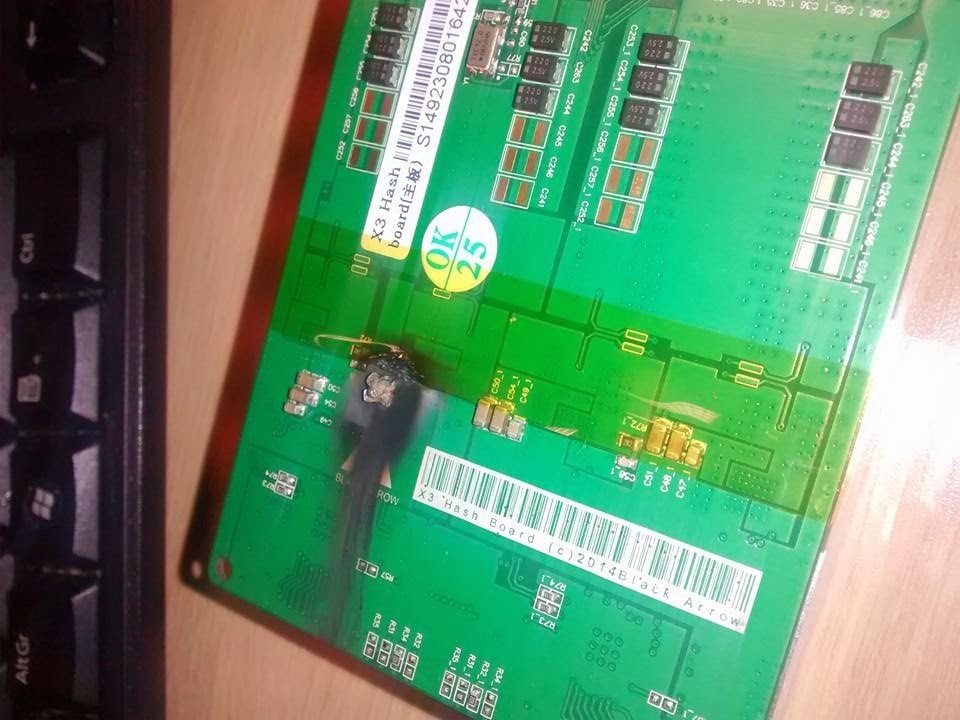 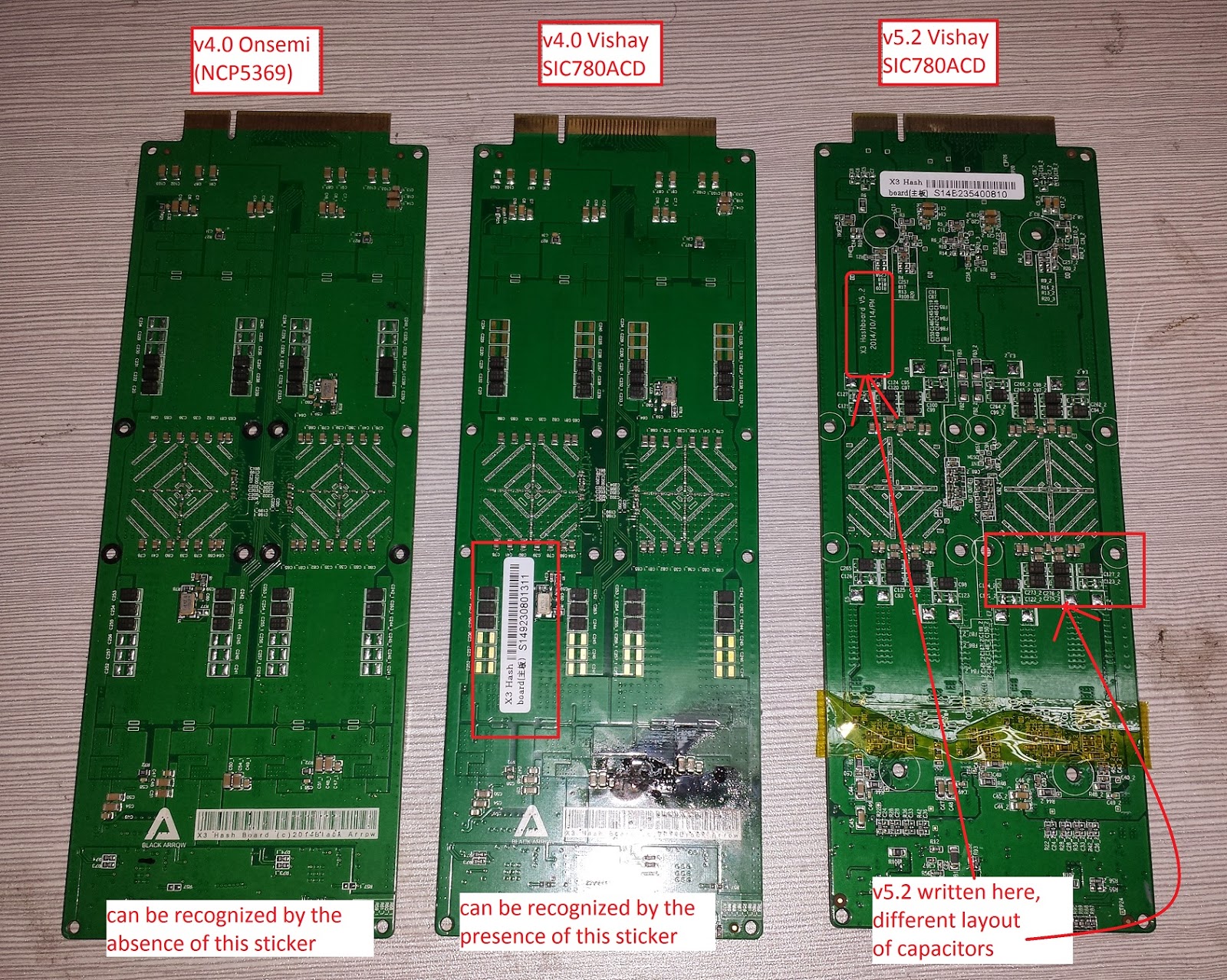 Black Arrow first announced they are joining the mining hardware business in September 2013. It is a traceable by a post they made to bitcointalk.com forum and some press release which still can be found on the Internet. However, it offers no clue as what business it was dealing with before getting into mining hardware manufacturing. The rationale is that if a company were to enter the mining hardware business, it must have been the computer hardware business for many years or that its founders were involved in another company and that information is publicly disclosed. For the case of Black Arrow, it is like the company popped up from nowhere. This leaves a lot of questions: If Black Arrow were in the hardware business, or it is a subsidiary spring-off, then what hardware were they manufacturing? What was the names of their affiliated companies? What was the brands of their other products? What is the size of their factory? How did they acture or build their hardware and factor or business? What was the company’s financial performance or turnover/profits?

Unknown Company Directors
The names of the directors are completely unknown. All staff seems to use username/nicknames on forums and email replies (with a first name and just a last name abbreviation). They cannot be found on any social networks, such as LinkedIn.
So the questions are: who are these people? Where (ie. what country/city) do they live? How many of them?

Almost complete lack of publicity
The only publicity Black Arrow has is some basic forms of press release and posting to [Suspicious link removed]. They are never featured nor reported in any magazines or newspapers. They have never appeared at any Bitcoin trade shows or conferences.

Web site located in Germany
Black Arrow is a Hong Kong based company and claims to have a factory in Shenzhen in mainland China. However, their website is located in Germany. Why would these guys who can own an office in Hong Kong and a factory in mainland China locate their website in Germany?
A host lookup on blackarrowsoftware.com (and its DNS nameservers) points to IP address of 91.205.173.3.
A host lookup of its forum site, ecointalk.net, reveals the IP address at 185.2.102.115.
Both belongs to hosting provider called “Contabo GmbH” in Germany. Their website is http://contabo.com. On examination, it is a very cheap VPS and dedicated servers / co-location provider; its prices are much cheaper than the general competition.

Web site in Chinese
Black Arrow claims to own a factory in Shenzhen (in the mainland China) and thus have a additional language on their website in Chinese. However, a switch to the Chinese language reveals that the translation is not completely done. A lot of the menu items (whether logged in or out) remains untranslated in English.  Clearly, this is obvious that Black Arrow is not targeting the Chinese market, but focuses mainly on the English market. Why?
So, this leaves many questions: why would a company based in China and consumers in China being extremely crazy about Bitcoin yet leave out its own Chinese market? Why are they targeting only the English speaking world?

Wierd Staff Response Hours
We got an email on January 31 way past midnight (reference to local time in China) that they cannot deliver by end of February. First of all, that day is Chinese New Year. It is a holiday season equivalent to Christmas/New Year in the western world. People are eager to return home for reunion with their families and simply not in the mood to work. This is especially so for factory worker but also applies to company managers/executives. So the question is why would the staff/manager/executive would work till that late on a holiday season to send us a notification mail?
Another matter is the the response time to our emails and inquiries are simply irregular of working hour in China. If they operate a factory, they would have many staff reporting to work in regular hours. The managers/executives, too, would be expected to work the same hours. Why did they sometimes reply to our mails in the middle of the night (in China local time) or very early mornings?

Registered Hong Kong Company and a Bank Account
Black Arrow Limited is a real company incorporated in Hong Kong. A search on Google using the terms "hong kong shelf company with bank account” return results of many offshore incorporation services firms offering such services. These are pre-registered firms with pre-opened bank accounts. Sure, most would require notarized documents from clients in order to purchase them. However, there is a possibility that there could be a very few who would just sell it without asking for any ID. In other words, once they take control of the company and its bank account, they can freely withdraw money from ATMs. Therefore, by offering wire transfer as a payment, ie. proof of having a legitimate bank account, actually means nothing in terms of the legitimacy of the business.
A search on their address “Room 1701, 17/F, Henan Building, No. 90-92 Jaffe Road
Wanchai, N/A” on Google reveals many other companies. So, this seems that it is a virtual address, shared office or mail redirection service. In other words, it is unlikely they have their own premises (functioning as a sales office) within Hong Kong with a proper signboard.
As for the factory location in Shenzhen, China, we do not have any verification of its existence or some photos.

Only computer generated graphics
Black Arrow has used graphics softwares to many beautiful images of their mining machines. It is now already February and why don’t they have any real photos of their products?

Technical Documents
They have produced very technical documents of the mining machines. Well, I think one of their scamming artist team members must be an enginner. Since they are scamming millions of dollars, it is easy to partner with a real engineer and devote full time to write those documents.

The Scam Operation is Real
Bitcoin mining is a pre-order and pre-pay market. So, people pay and wait. While waiting, people don’t know they are scammers but expect to get their machines.
Some will ask for refunds for whatsoever reasons. They will refund to reduce the number of public complaints. Their strategy is that they will offer refunds as long as the new sales amount is greater than the refunds being claimed.
They started their scam business back in September, and “promised” to deliver in February. So, they are now trying to “extend” the period of wait until May. When May comes, most probably they will come up with another reason for yet another delay. Eventually, they will have nothing to deliver and their website will disapear.

If I am right…
Since they have a real incorporated company in Hong Kong with a bank account, it is possible to trace the directors or the incorporating agent or secretary. It is possible to make it into a criminal pursuit by law enforcement. However, we don’t expect them to be living in Hong Kong, but need to chase them down internationally. They should have left their fingerprints and would definitely be traceable.